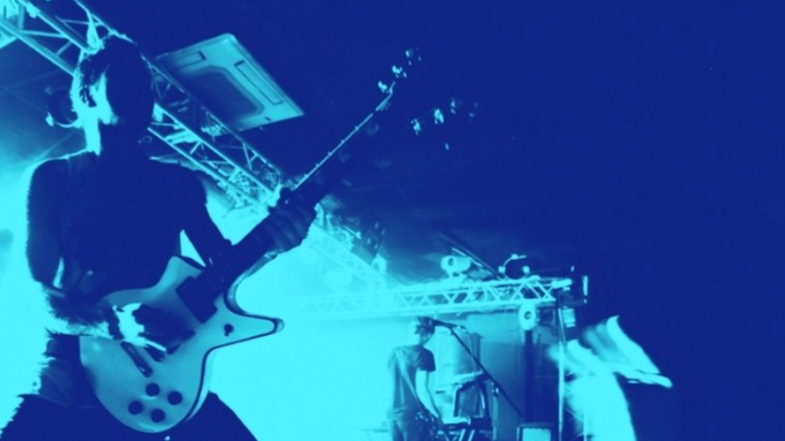 Technology for the Arts and the People
Watch Video Sign up

Hello, my name is Stevie Marco and I created Songfi.com. Our team of programmers and designers have developed a far better alternative to Facebook and YouTube with amazing new products fueled by a revolutionary business model. Facebook and Google misuse artificial intelligence in devious ways to monetize their websites, track our movements, invade our privacy and control our behavior. These corporate policies have resulted in serious harm to society. It is not enough to hope that Facebook and Google will ever change their evil ways, as revealed in the recent Netflix documentary “The Social Dilemma”. The world needs Song fi and needs it now, where these problems are solved, thus allowing the masses to move away from Facebook and YouTube and into a much safer and better alternative. Song fi creates a paradigm technology shift, giving the world a dramatically improved operating system that is built of strong moral fiber with bullet-proof privacy protections. Song fi allows you to take your life back and eliminates being surveilled, manipulated, stalked and bombarded with artificial intelligence and creepy ads that follow you around. Song fi introduces amazing new creational tools like Musi-grams, Viddys and Photo-pro, as well as robust music and video libraries, editing suites, teaching aids and secure video conferencing. All of these wonderful assets, and more, are provided to consumers and businesses with the option to share around the world through the Song fi Broadcasting Network “SBN”. The mission of Song fi is one of respect, love, privacy and excellence, all delivered in a peaceful and commercial free environment while re-inventing advertiser participation. Welcome to Song fi, where the world becomes a better place.

Song fi has developed a far better and safer alternative to Facebook, Instagram, Twitter, YouTube and Zoom and we are pleased to present our revolutionary “Multimedia Operating System MOS-21” and business model to the world. Song fi has created technology for the “Arts and the People” that does not use artificial intelligence algorithms to direct ads that follow you around the internet, hi-jack your data and covertly influence your behavior and spending habits. Song fi delivers a robust “ad free” experience that mounts a serious challenge to the tech monopolies through re-invented social media with advanced music and video hosting, video conferencing and amazing new creational tools developed by artists and not Silicon Valley insiders.

The first 100,000 members who join Song fi will become “Profit Shareholders” and collectively own 10 % of the “gross profits” of the company for life while enjoying the benefits of the platform’s use. A member number will issued at the time of registration in chronological order. Artists who publish their approved original works on the “Rock Stars” and “Filmmakers” channels of Song fi will also collectively receive 12% of the “gross revenue" generated by the company for life. Your Song fi membership supports a technology revolution for the Arts and the People through modest subscription fees from vast numbers of individuals and businesses. Our beta test begins February 21st 2021. Our worldwide launch arrives on March 21st 2021.

The future of consumer internet technology has arrived via our revolutionary Multimedia Operating System, known as “MOS-21”. Song fi is an innovative “ad free” platform that is not polluted by the devious motivations of the tech monopolies who operate at the whims of advertisers. Everything you have ever dreamed of in a desktop and mobile operating system is now available with your Song fi membership.

Song fi introduces revolutionary graphic interfaces that merge different content forms like text, audio, images, animations, and video into creative productions using Musi-gram and Viddy technology. Song fi is the new creational and social media gateway to the world that will cause the Arts and the People to move away from Facebook, Instagram, Twitter, YouTube and Zoom and into Song fi, a far better and safer alternative. Not since Steve Jobs has such astounding innovation to graphic interface technology been achieved in one Multimedia Operating System.

The first 100,00 Song fi members will collectively own 10% the gross profits of the Song fi company for life while enjoying the use of our Multimedia Operating System “MOS-21”. A member number will be assigned upon registration. Also, recording artists who publish their approved works on the Rock Stars and Filmmakers channels of the Song fi Broadcast Network will collectively own 12% of the gross revenue of the company for life as artist publishing compensation. If and when Song fi goes public, the profit partners stake of 10% of gross profits, as well as the SBN Artist stake of 12% of gross revenue will be converted to Song fi common stock and issued to the relevant parties at the time of any Song fi public offering.